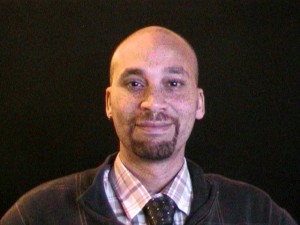 Hello! My name is Dezz Asante. Allow me to tell you a bit about myself.

I am (and have been for as long as I can remember) a musician first and foremost. I run a small recording studio out of my home in southern Ontario and I teach folks the art and science of modern mixing.

Ever since I was a teenager the only thing that ever came close to providing the joy that I get from playing and producing music has been teaching. So much so that I worked for five years teaching music for almost no money! I love the sense of pride that comes from watching another person succeed as a direct result of the things I’ve shared with them.

That’s kinda where this blog was born out of.

In March of 2011 I decided to start my very own podcast as an outlet to teach and to talk about the things I love (since I could no longer afford to teach at the school I work for). Being a tech head (self proclaimed!) and a musician I decided to call it TechMuze.

The first half of the name represents both technology and technique and the second half refers to not only music but also the quasi-philosophical musings that I am occasionally known for.

As the podcast progressed and the TechMuze community began to develop I found that most of the questions I received from listeners focused on the topic of mixing (probably because I talk about it a lot!). So, I decided to try my hand at taking everything I’ve learned about modern mixing (in the past 18 years or so) and create a course that folks could join to get all of their questions answered and to avoid a lot of the time sucking mistakes that I’ve made along the way. I call that MixLessons.com and with it’s creation the TechMuze Academy took shape!

In an effort to grow the TechMuze Academy into a thriving community of music enthusiasts, I knew I had to study the art of internet marketing and promotion. So, being the information junky that I am, I dove head first into an intense period of study.

The more I learned about the strategies for success online the more exited I grew about sharing these ideas with the TechMuze community (and anyone else who would listen for that matter!)

And so… I began working on the Artist Promotion Blueprint. This is the second Academy program and if you have any desire to successfully promote your band or your music and grow a massive fan base, head over to A.P.B. now and subscribe!

Thanks for visiting and I’ll see you (and your comments) around the blog!

Grab a free copy of this e-book!